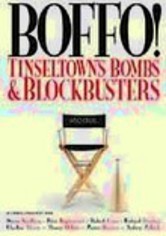 2005 NR 1h 16m DVD
With a zillion things that can go wrong (and often do), the line separating blockbusters from bombs in Hollywood is thin indeed. A bevy of industry heavies sheds light on the elements that combine to make or break a film in this documentary from award-winning filmmaker Bill Couturie. George Clooney, Robert Evans, Steven Spielberg, Charlize Theron, John Singleton and others discuss their successes and failures -- and the ramifications of both.