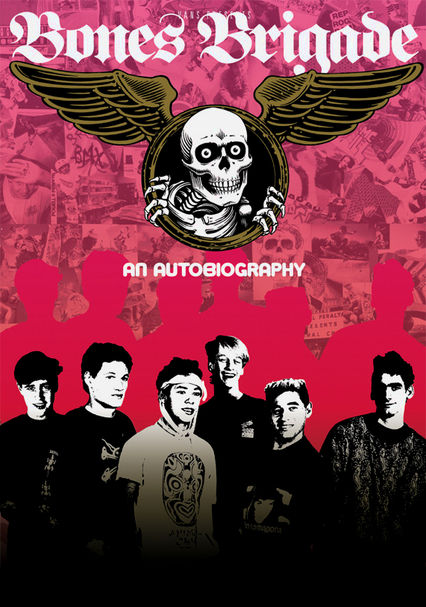 Parents need to know that Bones Brigade: An Autobiography is a documentary about a team of famous skateboarders directed by Stacy Peralta (who previously made the best skateboarding documentary to date: Dogtown and Z-Boys). Like that movie, this one has a wealth of old photos and home movie footage to draw from, showing teen boys training hard, developing skills, and goofing off. Language is strong in the present-day interviews, including about a dozen uses of "f--k" and a few uses of "s--t." One of the main characters is shown to have married and had a child while still relatively young (late teens/early twenties). In the older footage, a teen girl is very briefly -- and blurrily -- topless, and teens are very briefly seen drinking beer. In photos, one of the main characters drinks an entire bottle of "mescal." Teen skaters are shown occasionally wiping out and mildly injured.

At an impromptu skating event, a teen girl is possibly topless, though it's very blurry, very briefly, and seen from a distance. One of the main interviewees is shown to have been married and had a baby at a relatively young age, though this isn't discussed in detail.

Some skateboarding wipeouts and mild injuries are shown in some of the flashback footage.

Bones Brigade shows that by practicing and developing skills, teens can excel at something they love and perhaps even make a living at it. Though the skateboarding world is sometimes depicted as rebellious and irresponsible, these folks demonstrate that you can succeed without becoming corrupted. It also celebrates the benefit of teamwork.

In some of the older footage and photos, logos for Pepsi and Coke can be seen. "Slurpee" is mentioned. Tony Hawk is a brand in and of himself.

In one sequence depicting an impromptu skating event, teens are (very briefly) glimpsed drinking beer. One of the interviewees mentions this as well. In old photos, one of the main characters is shown drinking an entire bottle of "mescal" (and eating the worm).