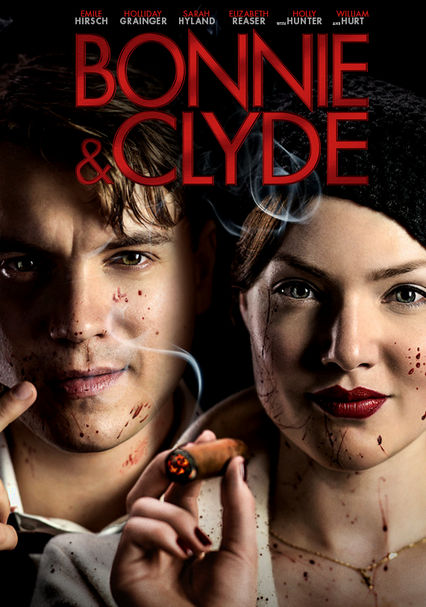 2013 NR 2h 54m Blu-ray / DVD
Clyde Barrow, a charismatic convicted armed robber, sweeps Bonnie Parker, an impressionable small-town waitress, off her feet, and the two embark on one of the most infamous bank-robbing sprees in history.

Parents need to know that Bonnie & Clyde is a biopic based on the exploits of actual criminals. These criminals are played by attractive and sympathetic young actors, and viewers who watch this miniseries may think their crimes are appealing or glamorous. The pair's many murders are depicted and the viewer will see guns and gunshots, blood, wounds, and dead bodies in brief shots. In a vision, a young boy is shot in the neck. There is also sexual content, including people in bed together seemingly nude, moaning and thrusting. A man-on-man sexual assault in prison is implied.

No nudity, but a couple is frequently shown in bed together, moaning and thrusting.

Guns are frequently brandished and shot. Characters we've grown to like are suddenly injured or killed. The viewer sees blood and light gore, a man held and beaten by prison guards, dead bodies. A man is sexually assaulted in prison in a brief but tense scene.

Crime is glamorized in this production, although the viewer also occasionally sees the downside of misdeeds, including the people who are affected. Law enforcement is presented as intrepid but occasionally bumbling and sometimes corrupt and violent.

Characters visit illegal speakeasies where they get drunk and act violent.