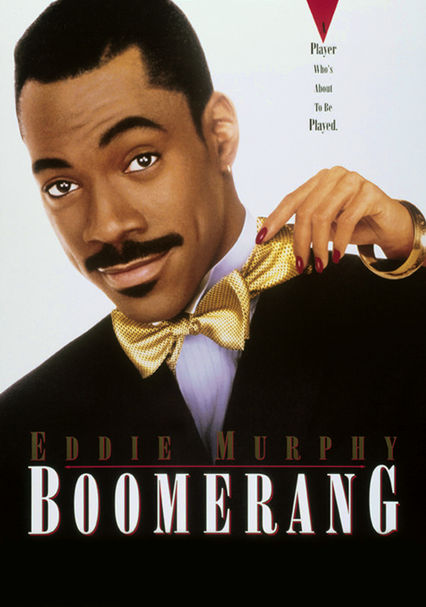 1992 R 1h 56m DVD
Legendary womanizer Marcus Graham finally meets his match when Jacqueline comes into his life. She's his new boss -- but she's also not like most women he meets. When she turns her game on him, Marcus starts to question his lifestyle.

Parents need to know that Boomerang is an Eddie Murphy romantic comedy that is focused on sex, but contains very little nudity. Characters discuss sex, ranging from ways to win girls to body parts, in nearly every scene. Some characters sleep with multiple partners, and other characters openly try to seduce one another. Aside from this, the movie is filled with fairly typical Eddie Murphy language, although most of the words are in reference to sex. The movie tries to be a bit more sophisticated than the usual Murphy vehicle, so it's light on toilet humor. It has some historical interest, as it comes from an era in which African-American movies were booming, but it's not for kids; it isn't likely to interest them, anyway.

There's almost no nudity, but it's wall-to-wall sex talk. The main character is a single womanizer who sleeps with many women and then loses interest. He finally meets a woman he likes, and sleeps with her several times. But then he falls in love with one final woman, sleeps with her, and spends the rest of the film trying to win her. Several other women characters flirt with him. In-between characters talk about sex almost constantly, when it's going to happen, with whom, various body parts, and all kinds of language. Both women and men "climax" while having sex (nothing shown). One partial breast is seen.

Two male characters get into a brief argument over a girl.

Adult characters occasionally drink beer and wine in a social way, with no overindulgence.