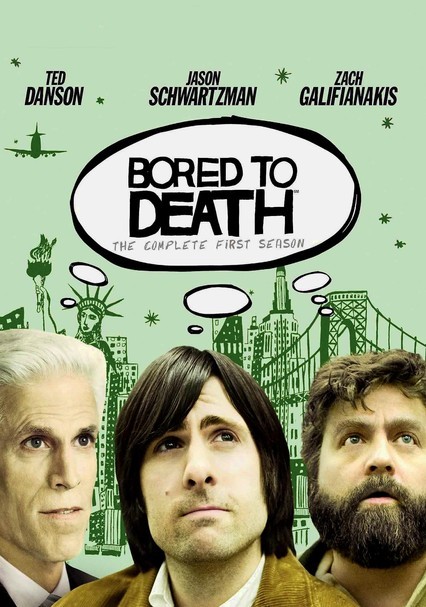 2009 TV-MA 3 seasons
Putting off work on his novel, Brooklyn writer Jonathan Ames (Jason Schwartzman) runs an online ad billing himself as a private eye, and as bona fide cases roll in, he sees his noir-ish lark turning into an actual career. Based on a story by real-life writer Jonathan Ames, the offbeat series finds the boozy romantic on the trail of a missing sister and a lost screenplay, with pal Ray (Zach Galifianakis) and editor George (Ted Danson) riding along.

In this HBO comedy series, struggling New York novelist Jonathan Ames (Jason Schwartzman) pushes procrastination to new heights when he jettisons his writing duties in favor of taking on cases as a self-styled private eye. With the unlikely help of his editor George (Ted Danson) and pal Ray (Zach Galifianakis), the pot-smoking gumshoe investigates missing sisters, cheating boyfriends, stolen skateboards and other cases.

Proving that nothing's harder than overcoming writer's block, struggling novelist Jonathan Ames continues to solve crimes as an unlicensed part-time detective rather than put words on the page in the third season of this HBO comedy series.