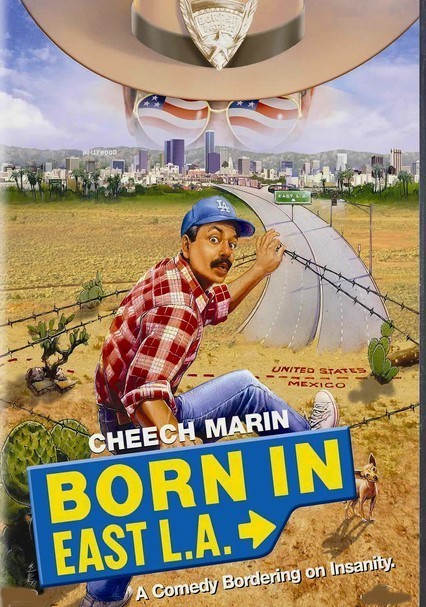 1987 R 1h 25m DVD
In this film that grew out of Cheech Marin's music video parody of Bruce Springsteen's "Born in the U.S.A." Marin plays Rudy, a Mexican-American who gets caught up in an immigration raid and shipped off to Mexico when he doesn't have any ID on him. South of the border, Rudy's problems only increase as his lack of Spanish leaves him virtually helpless. At the mercy of crooked bosses and local authorities, he tries desperately to make his way home.