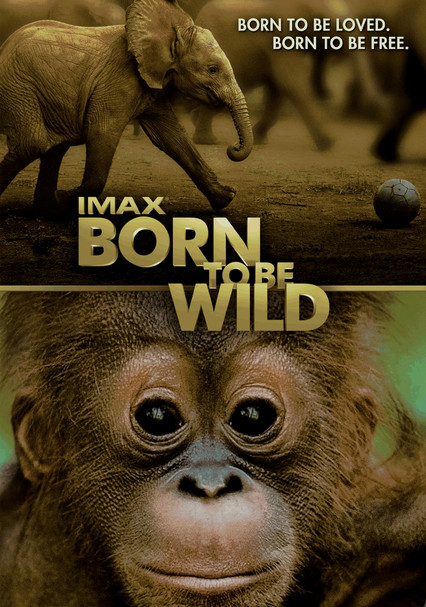 2011 G 0h 40m Blu-ray / DVD
Filmed in IMAX, this documentary captures the unique and intimate connections that developed between two scientists and two species -- orangutans and elephants -- as the men worked to save the orphaned beasts and return them to the wild.

Parents need to know that this brief (40 minutes) IMAX documentary is a safe choice for younger kids because there aren't any upsetting scenes of predatory violence or deaths, both of which are common in comparable, longer films about the animal kingdom. There are, however, some references to the reasons that animals were orphaned (mostly due to poachers, since predators don't typically leave young animals alive). The two female experts followed in the documentary are wonderful role models, particularly to kids interested in zoology and nature, because they've dedicated their lives to researching and rescuing animals, as well as preserving their natural habitats.

The narration references how the baby elephants and orangutans were orphaned -- mostly because of poachers and habitat loss. A few times an animal baby has an injury -- like a chewed up ear or a missing tail -- that's mentioned and explained (i.e., hyena attack).

The movies makes the case that people should care about the future and welfare of orphaned wild animals like elephants and orangutans. Galdikas and Sheldrick both show how a life of passion and dedication to conservation can save hundreds and thousands of animals. Although the movie doesn't focus on how humans are responsible for the endangerment of the animals, it does stress that everyone can -- and should-- help rescue efforts around the world.