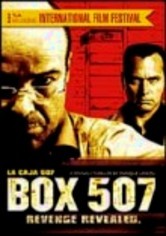 2002 NR 1h 52m DVD
On Spain's posh Costa del Sol, a seemingly random bank robbery occurs, resulting in the bank's manager, Modesto, being conked unconscious and his wife taken hostage. When Modesto awakens, he discovers documents in the bank vault that provide valuable and shocking clues about his daughter, whom he originally believed died in a forest fire. A gripping thriller directed by Enrique Urbizu.