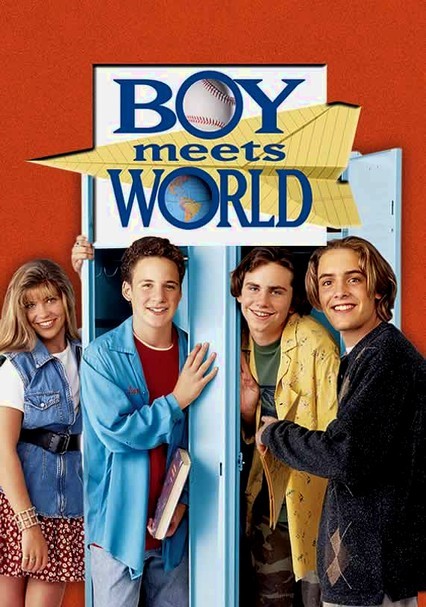 1993 TV-PG 6 seasons
Laughs mix with insights into the pangs and pleasures of adolescence as ABC's hit sitcom follows kind-hearted Cory Matthews (Ben Savage) from sixth grade to high school and beyond. Along with his best friend, Shawn (Rider Strong), Cory learns about life, love and family. As Cory's romance with Topanga (Danielle Fishel) blooms, he also learns how to handle bullies, a wacky older brother (Will Friedle) and well-meaning but eccentric teachers.

Follow Cory Matthews as he journeys through his teenage years with his sidekick Shawn and girlfriend Topanga in this light-hearted look at growing up. Cory learns a thing or two about life (mostly what &NFinot&NFi_; to do) from his popular older brother, Eric.

In this hit sitcom's sophomore season, Cory Matthews (Ben Savage) starts seventh grade amid a sea of new faces -- led by bully Harley Keiner (Danny McNulty) and his mindless minions. Luckily for Cory, he has his chums -- Shawn (Rider Strong) and Topanga (Danielle Fishel) -- for much-needed moral support. Question is, can Cory survive the trials and tribulations of middle school? William Daniels co-stars.

Just because they're in high school now doesn't mean life's any less interesting for Cory, his best friend, Shawn, and his girlfriend, Topanga. In fact, adolescence only gets more complicated.

Cory Matthews starts his senior year of high school with his girlfriend Topanga and best friend Shawn by his side in the fifth season of this hit ABC sitcom, which culminates in a touching and eventful graduation day that's full of surprises.

The sixth season of this coming-of-age ABC sitcom follows a newly engaged Cory and Topanga off to college, where the realities of growing up collide with an array of freshman-year pressures.

Parents need to know that Boy Meets World follows its characters over several years, so what was once the story of a young boy in junior high in later seasons became about a young man in college. Consequently, those later seasons deal with more adult issues, including sex, partying, a childhood crush that blossoms into adult love, and a best friend who comes from an unstable home life. Family relationships remain in the forefront, with parents questioning and supporting at all the necessary moments. Both tweens and teens can gain insight from the realistic issues.

As Cory and Topanga's relationship continues, sexual discussions take place, but still in a family-friendly format.

Cory consistently seeks advice from his parents and teacher/neighbor.