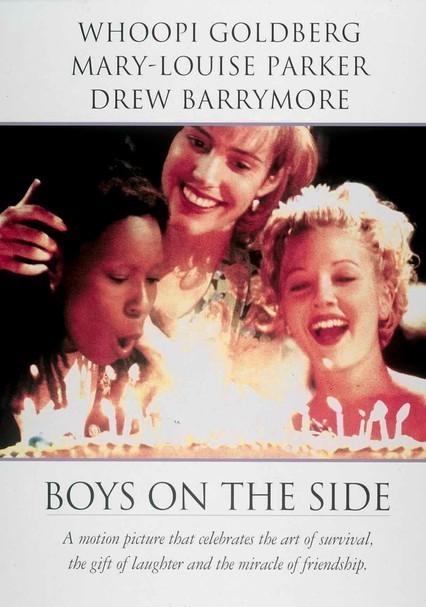 1995 R 1h 57m DVD
Looking to jump-start her career, lesbian night-club singer Jane (Whoopi Goldberg) answers an ad placed by a woman named Robin (Mary-Louise Parker), an AIDS sufferer who wants a companion to drive from the Big Apple to Los Angeles. En route, they pick up Jane's friend Holly (Drew Barrymore), who's pregnant and running from her abusive boyfriend. The trio gets as far as Arizona before Robin falls ill, and they must learn to rely on one another.