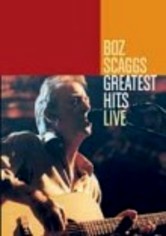 2004 NR 1h 55m DVD
This concert, recorded at the Great American Music Hall in San Francisco, showcases the artistry of musician Boz Scaggs, who has dodged the spotlight since his career took off in the 1970s and '80s. Although he's been flying under the radar, Scaggs's music has not suffered, as this performance exhibits. Backed by a stellar band, Scaggs flows through 16 of his greatest hits, including "Lowdown," "We're All Alone" and "Breakdown Dead Ahead."