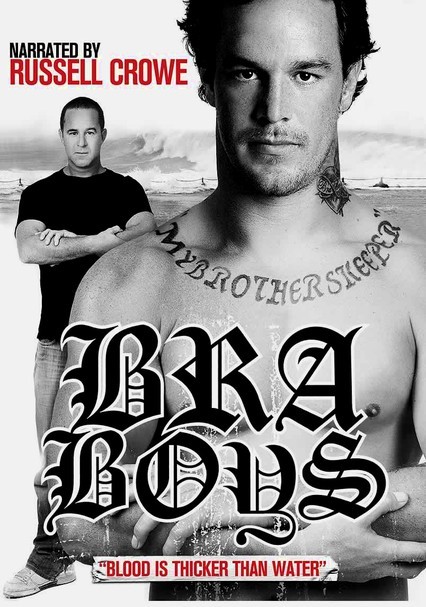 2007 R 1h 30m DVD
This documentary focuses on the history and struggles of the Bra Boys, a notorious surf gang from the Australian suburb of Maroubra that's earned a reputation for being legendary partiers, rebellious thugs and incredible big-wave surfers. Continually at odds with the authorities, the tattooed and often criticized Bra Boys have had to rely on one another to survive in a society that would just as well see them displaced.