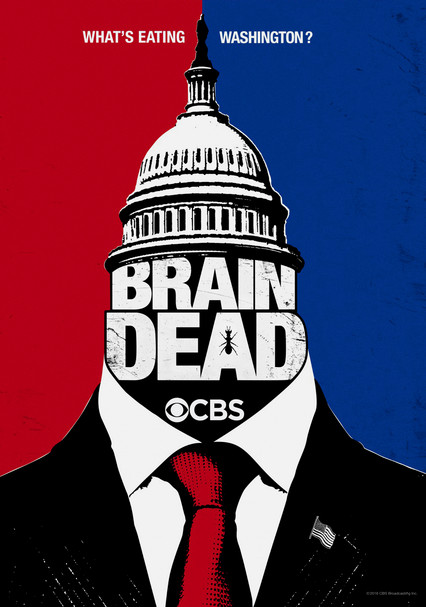 2016 TV-14 1 season
As she begins her exciting new job as a Capitol Hill staffer, Laurel can't help noticing some odd facts: First, the government appears to be in shambles and, second, a powerful alien bug is consuming many of the brains in Congress.

Coming from a political family, Laurel assumes she'll be ready for anything she encounters at her new Capitol Hill job. But what she didn't envision is that microscopic bugs are attacking Washington, D.C. -- and the government is near collapse.

Parents need to know that BrainDead is a sci-fi-infused political satire with a comic twist that blames America's out-of-control behavior on an infestation of -- wait for it -- space bugs. Some visuals are downright disgusting (from an exploding head to a mass of brain material falling out of someone's ear), and characters use words such as "damn," "ass," "crap," and "screw." There's also regular social drinking (plus a character who drinks heavily in the pilot) and implied sex, with bare skin in bedclothes but no sensitive parts shown on-screen.

A married senator with a pregnant wife is having an affair with his female aide. Sex is implied with bare skin, but no sensitive parts are shown.

Unsettling visuals include bugs crawling into people's ears, chunks of brains falling out of someone's head, and a person's skull exploding; some blood.

Though the tone is satirical, the drama often outweighs the comedy, and the show's outlook is largely pessimistic. Major themes includes corruption, betrayal, and government conspiracy.

Social drinking. A secondary character begins the show with a serious alcohol dependency, drinking directly from bottles of liquor stashed in his office, and so on.