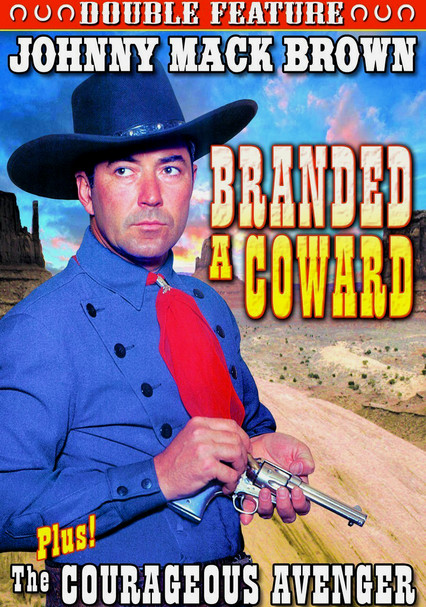 1935 NR 1h 54m DVD
Johnny Mack Brown stars in a pair of classic Westerns from 1935. In Branded a Coward, Brown is Johnny Hume, who runs for cover during a saloon holdup. As he tries to restore his image, secrets emerge from his past to explain his cowardly ways. Stunt legend Yakima Canutt co-stars. In The Courageous Avenger, Brown plays Kirk Baxter, an agent who uncovers a slavery ring when he's sent to investigate the theft of gold bullion shipments.