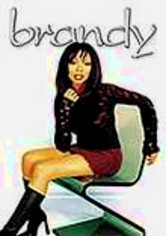 2000 NR 0h 53m DVD
The young pop star's first video collection includes 11 of Brandy's most popular clips -- from her early hit "I Wanna Be Down" to newer favorites such as "Have You Ever?" to "Sittin' Up in My Room" (from the film Waiting to Exhale). Also featured are duets with Monica on the Grammy-winning "The Boy Is Mine" and with Boyz II Men's Wanya Morris on "Brokenhearted." Brandy teams with Queen Latifah, MC Lyte and Yo Yo on a remix of "I Wanna Be Down."