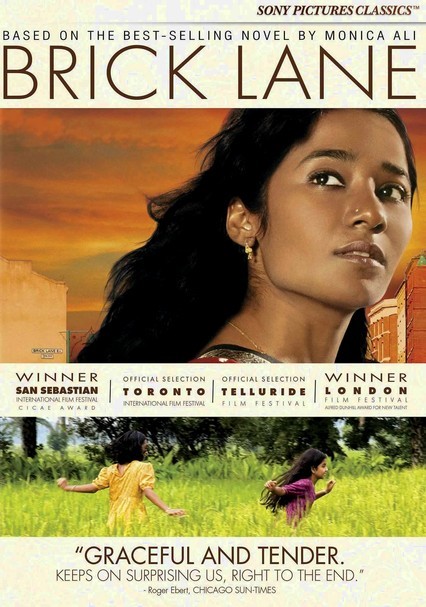 2007 PG-13 1h 42m DVD
Set in the 1980s, this cross-cultural drama follows young Nazneem (Tannishtha Chatterjee), a Bangladeshi woman who's immigrated to London for an arranged marriage to a middle-aged man, leaving her beloved family, including her sister Hasina, behind. While Hasina leads a life of adventure back home, Nazneem struggles to accept the isolation and unhappiness in her new life, until an unexpected visitor comes along and changes everything.

Parents need to know that although this powerful, thought-provoking drama -- which isn't too likely to be on teens' radar -- doesn't have much in the way of graphic nudity, swearing, or violence, it's fairly adult when it comes to its themes. It explores infidelity, terrorism, prejudice, arranged marriages, the immigrant experience, and tenuous parent-child relationships. It's unflinching in its portrayals of these issues, and their reality can be harsh.

A married woman has an affair -- the trysts occur in the home she shares with her husband. No outright nudity, but implied sexual movements/action. Some flirting.

The threat of violence hangs over parts of the movie, but nothing gory or bloody happens. Scenes from the 9-11 terrorist attacks are shown, such as the planes' moments of impact into the World Trade Center. A few scenes hint at the anger and rage that befall those who are disenfranchised; some shouting and tense moments between parents and their children.

Language includes "s--t," an isolated use of "f--k," and some words that could be construed as derogatory toward certain nationalities.

A husband takes his wife for granted and expects her to wait on him hand and foot (literally). Some heated exchanges between a teen girl and her father, which could be construed as disrespectful and downright nasty. A married woman has an affair.

A TV channel logo is displayed when the news is broadcast in some scenes. Labels include Brother, Singer sewing machines, and a denim company.

A few scenes of social drinking.