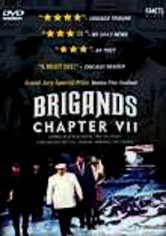 1997 NR 2h 9m DVD
Director Otar Iosseliani's historical satire about a king named Vano (Amiran Amiranachvili) was the winner of the Grand Jury prize at the 1996 Venice Film Festival. The distressed king, whose wife has betrayed him and whose country is eternally at war, travels throughout time only to find that places like modern-day Paris and Russia are full of the same frustrating and ridiculous happenings as his old life was.