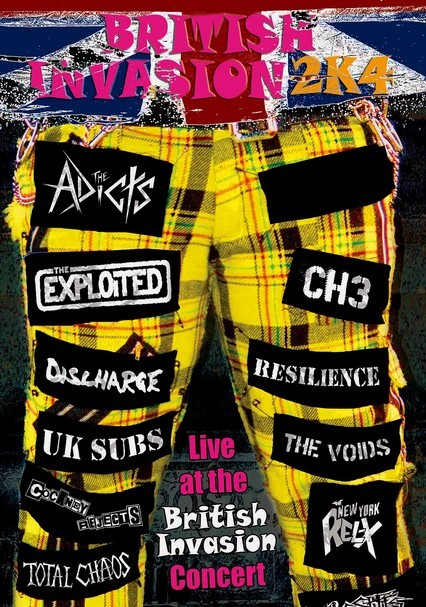 2006 NR 2 discs
Some of the hottest underground British punk bands deliver high-octane performances in this program that includes the entire 2004 British Invasion concert in California, along with plenty of musician interviews and behind-the-scenes footage. Groups at this massive event include the Adicts, the Exploited, Discharge, UK Subs, Cockney Rejects, Total Chaos, CH3, Resilience, the Voids, New York Rel-X and Rotting Stiffs.