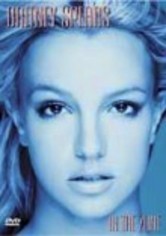 2004 NR 1h 26m DVD
This video companion piece to Britney Spears's same-titled CD features interviews, performances and videos. Also included is footage from an "In the Zone" TV special, as well as appearances on MTV's "Making the Video" and a "Me Against the Music" promo with Madonna. Special features include a performance of "Breathe on Me" from Las Vegas, a photo gallery and live renditions of "Me Against the Music" and "(I've Got That) Boom Boom."