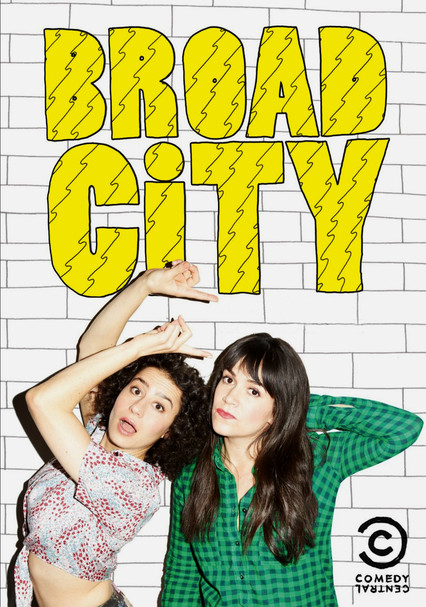 2014 TV-14 3 seasons
Twentysomething best friends Abbi and Ilana tackle life in New York City in this comedy show based on a web series. From sex and relationships to making ends meet, these two bring new meaning to the word dysfunctional.

Friends Abbi and Ilana face life in New York City head on, despite lacking the necessary tools, in the first season of this comedy series. Based on the hit web comedy, the show veers from funny to cringe-worthy and back again.

Freewheeling their way through big-city life, Ilana and Abbi encounter new highs, lows and existential challenges, including the cute demon kitten that finds its way into Abbi's apartment and takes up residence.

In the frantic maze of life in the Big Apple, Abbi and Ilana find themselves dealing with something new every day: sometimes good, sometimes bad -- such as a rat in the apartment and a visit to the dreaded Department of Motor Vehicles.

Parents need to know that Broad City is an edgy comedy about a pair of female best friends in New York City who steal, party, and smoke pot regularly -- all for laughs. One of the friends has a casual boyfriend she's using for sex; the friends attempt to make money to go to a concert by posting a Craigslist ad offering to clean apartments in their underwear. It's all very funny and comes off as real (which makes sense -- leads Abbi Jacobson and Ilana Glazer are real-life best friends), but neither girl is exactly the type of bright, clean-cut, go-getter parents might prefer teens to emulate.

No nudity, but subplots include Ilana's casual sexual relationship with a friend (she Skypes Abbi while in the midst of having sex with him) and the friends attempting to make money by cleaning a total stranger's apartment in their underwear.

Characters slack off work, steal things, buy and sell drugs, and sleep around, but it's all played for laughs.

Abbi and Ilana drink and smoke pot on-screen and refer to other drugs. They get drunk and high and act silly. We watch them buying pot from a friend and dickering over the price.