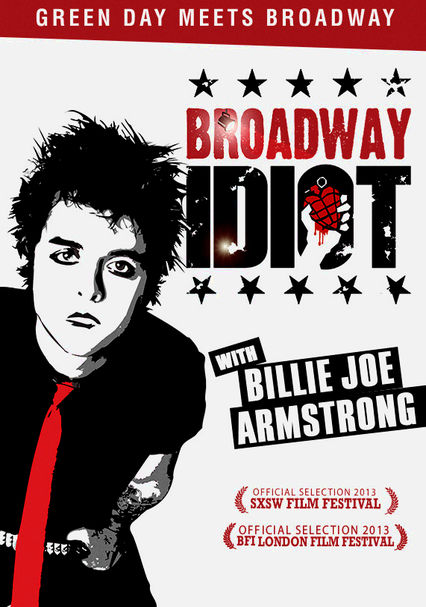 2013 NR 1h 20m DVD
Join Green Day frontman Billie Joe Armstrong as he prepares for the debut of American Idiot, the Broadway sensation based on the band's 2004 album. The film reveals the jarring disconnect as Armstrong navigates the worlds of punk and legit theater.