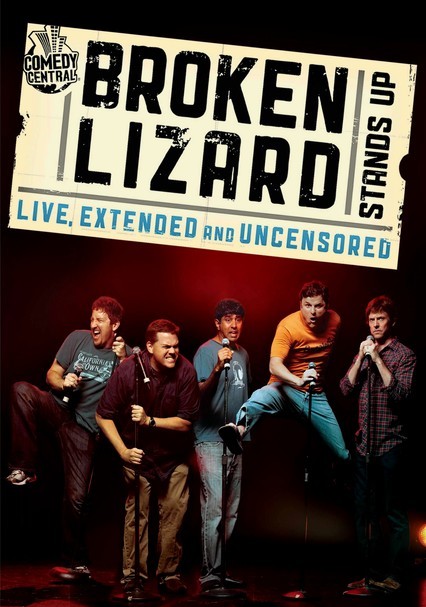 2010 NR 1h 15m DVD
Outrageous comedy troupe Broken Lizard -- the twisted minds behind Beerfest and Super Troopers -- presents a raucous night of stand-up comedy filmed during a live performance in Los Angeles. No topic is off-limits, from sex to drugs and beyond. Longtime friends Jay Chandrasekhar, Kevin Heffernan, Steve Lemme, Paul Soter and Erik Stolhanske delve into their psyches to mine comedy gold, ending the evening with the riotous story of how they met.