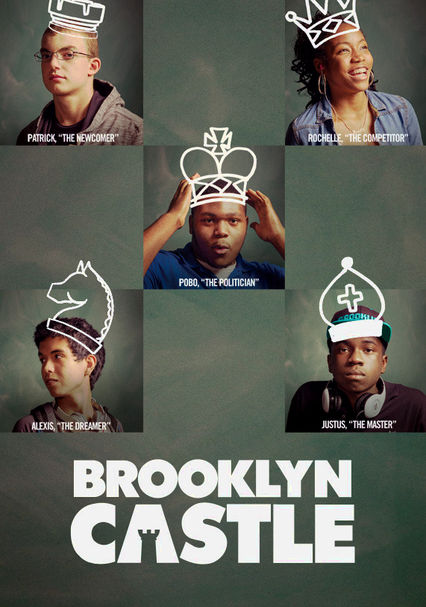 2012 PG 1h 41m DVD
Brooklyn's I.S. 318 is home to America's best junior high school chess team, but budget cuts are threatening to undermine the team's success. This inspiring documentary goes inside the fight to keep chess alive and well at the struggling school.

Parents need to know that Brooklyn Castle is a documentary that follows the chess team of a public New York middle school, a largely lower-income squad who've devoted themselves to studying the game and have racked up a string of national titles. It's an uplifting tale with the strongly positive message that hard work will be rewarded. There's no smoking, drinking, or sex -- just chess and more chess (and very infrequent swearing, a la "bulls--t," from kids who are sometimes frustrated by the results of a tough match).

Hard work will be rewarded, if the students of New York's IS318 are any example. The school is largely lower income, and many of the students are the children of immigrants, but by devoting countless hours to the study of chess, they manage to excel, taking home many national titles and clearly demonstrating that they've earned their rewards -- in this case, admission to some of the most prestigious of New York's public high schools and even college scholarships.