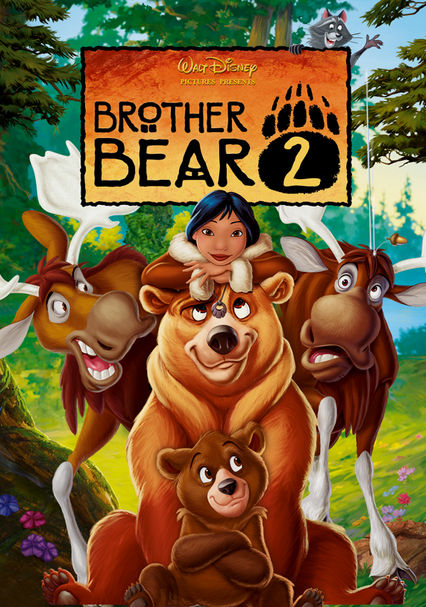 2006 G 1h 13m DVD
After awakening from a long hibernation, Kenai and his bear buddy Koda set off on a life-changing mission to help their human friend Nita get married. But the Great Spirits have a different destiny in mind for her.

Parents need to know that this movie addresses basic issues like friendship and love, as well as more complex ideas, such as a native tribe's spiritual beliefs and how love endures even after death.

The hilariously inept moose brothers fancy themselves as "players" early in the movie and make teasing references to the females' body parts: "Are those dewlaps real?" "I'm a hoof-man." They redeem themselves later in the movie. A budding (innocent) romance is suggested between two characters.

Characters in peril, including some suspenseful moments during an avalanche. Raccoons become surprisingly menacing in one scene; in another, a beloved character appears to be fatally injured.

Addresses the importance of friendship, love, and courage.