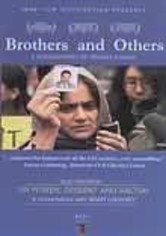 2002 NR 0h 54m DVD
This scintillating documentary addresses the acts of terrorism brought forth against Americans on September 11, 2001, exploring their effects on Muslims, South Asians and Arabs in the country. With heightened paranoia the norm, many of them suffered intense hatred and bigotry in a climate that fueled suspicion and anger. What does this mean for the future of the United States? Extras include interviews with Noam Chomsky and James Zogby.