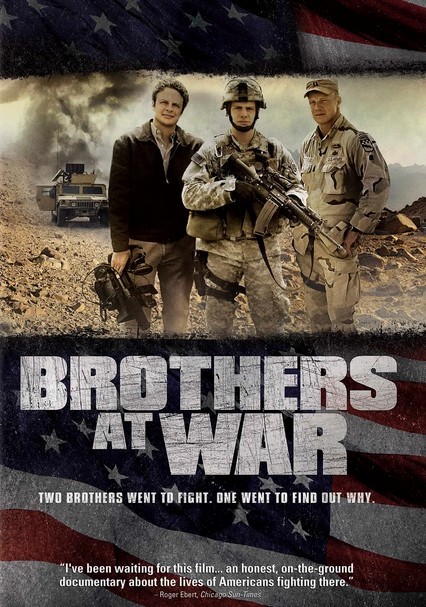 2009 R 1h 50m DVD
Filmmaker Jake Rademacher takes an unconventional approach to family bonding when he travels to Iraq to embed in four combat units, hoping to gain a greater understanding of the war -- and of his two brothers who are serving there. Rademacher witnesses machine gun battles and perilous reconnaissance missions, but he also gets a closer look at the sacrifices his brothers have made -- and their undying commitment to winning the fight.