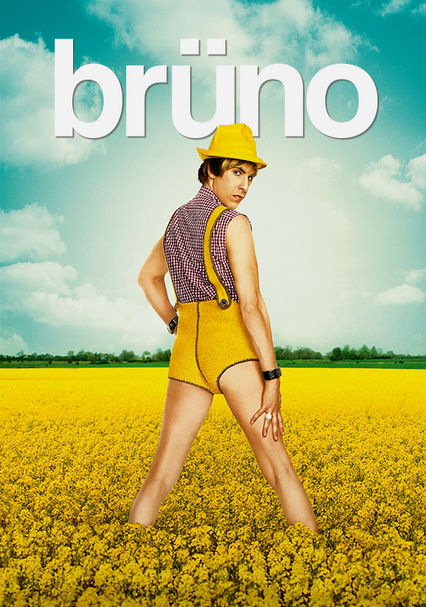 Parents need to know that this mockumentary from comedian Sacha Baron Cohen is even edgier and more sexually explicit than his previous outing, Borat. It's full of intentionally shocking material, including a startling amount of nudity (both male and female full-frontal), as well as actual sex acts (black bars block out genital areas) and lots of discussion about both sex and sexuality. And then there's the strong language (from "f--k" to "p---y"), violence (including a bloody Ultimate Fighting event), drinking, and drug references. Bottom line? Cohen's point is to expose intolerance with his extreme antics, but he does it not by just pushing the envelope, but rather setting it on fire.

Constant explicit discussion and depiction of sexual acts. Nude buttocks and full-frontal nudity of both genders -- though the male scenes in particular are shown in close-up and at great length. On-screen sexual acts, including depictions of penetrative sexual activity blacked out by on-screen black boxes. Discussions of homosexuality and heterosexuality. One sequence depicts a "swingers' party," including on-screen sex acts with multiple partners. Discussions of venereal diseases.

An Ultimate Fighting event staged for the film features bloody, brutal blows. There's also scuffling and scrapping, and a naked woman whips a man with her belt. Bruno often runs from angry mobs.

For all of its hot-button content, the movie could theoretically be seen as conveying a message about tolerance, acceptance, and the triumph of love. But it's wrapped in so much controversy and shock-value comedy that it's hard to perceive the signal in the noise.

Apple Computer products are mentioned. Celebrities are frequently named and featured on screen.

Depictions of drinking, sometimes to excess. Smoking. Discussion of drug use, primarily Ecstasy.