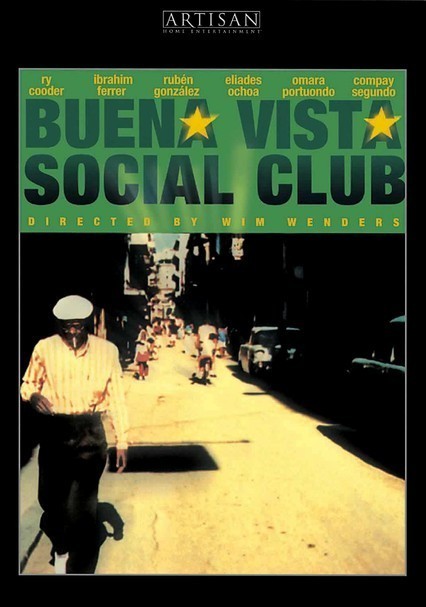 1999 G 1h 45m Blu-ray / DVD
In this fascinating Oscar-nominated documentary, American guitarist Ry Cooder brings together a group of legendary Cuban folk musicians (some in their 90s) to record a Grammy-winning CD in their native city of Havana. The result is a spectacular compilation of concert footage from the group's gigs in Amsterdam and New York City's famed Carnegie Hall, with director Wim Wenders capturing not only the music -- but also the musicians' life stories.

Parents need to know that this documentary film is in Spanish and subtitled in English. Aside from a few men, smoking cigars, there is very little objectionable content. The film is rather slow and requires a good deal of attention to follow.

Very positive and inspirational representations of the elderly and of people working together as a group.

Some window shopping in New York.