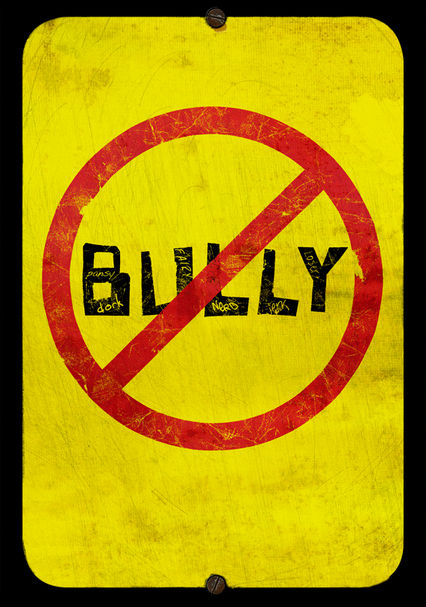 2011 PG-13 1h 39m Blu-ray / DVD
Exploring the subject of school bullying from a personal angle, this eye-opening documentary tracks the stories of five different families whose children are struggling to defend themselves on a near-daily basis.

Parents need to know that Bully is a no-holds-barred documentary that intimately portrays bullying victims' daily lives. While it's often heartbreaking and deals with tough issues like suicide, the movie addresses an incredibly important, timely topic -- bullying -- in a frank, relatable way that's age appropriate for teens and relevant for middle schoolers if an adult is present to guide discussion. Bully's strong language (including a brutal, profanity-laden scene in which one boy says to another that he'll "shove a broomstick up your a--" and "cut your face off and s--t") earned it an R rating from the MPAA (a rating that the production company chose not to accept, officially releasing the film as unrated), but none of the swearing is gratuitous. Like it or not, it's a realistic portrayal of what every middle schooler and older hears every day. This gives the film veracity and credibility with kids, and it will justifiably shock parents. Bully's most challenging material isn't just the language, but the suicides. Seeing grieving parents and friends could potentially be upsetting to teens and preteens, so they should definitely watch with adults. Bully also addresses the concepts of cutting, physical abuse, and more, but in a way that presents the consequences as well as the behavior itself. Victims' parents are generally portrayed as supportive and loving, while school administrators come off in a much less positive light. Ultimately, Bully encourages kids to stand up to bullies, not stand by, and reinforces the fact that everyone can make a difference when it comes to this essential issue.

The movie makes clear that the most severe bullying violence isn't always physical, but also verbal and emotional. Teen/tween suicide is one of the movie's central topics, with friends and family members emotionally mourning the loss of their loved ones. Many kids recount repeated incidents of physical abuse (being choked, sat on, stabbed with pencils, etc.) and threats (one brutal scene captured by filmmakers includes a boy saying, graphically, that he'll shove a broomstick up another boy's rear and cut him with a knife). Another teen discusses previous suicide attempts and a past history of cutting. Hitting/punching/scuffling, both between friends and between bullies and their victims. Security camera footage shows a girl brandishing a gun at other kids when she feels she's been pushed too far. Other images of guns, some within a hunting context.

The most brutal language appears in a threatening scene on a school bus, in which an older student tells a younger one that he'll "f---ing end you and shove a broomstick up your a-- ... I'll cut your face off and s--t." Also several other uses of "f--k" (and its derivatives), especially in the early part of the movie, as well as "s--t," "ass," "p---y," "bitch," and many derogatory terms for homosexuals ("f-g," etc.).

Bully's powerful, important message is that everyone can -- and should -- make a difference when it comes to the issue of bullying. Kids are encouraged to "stand up, not stand by" when they see bullying taking place and are told that "everything starts with one." The movie addresses teen suicide, mourning, and conflict in ways that are likely to upset both teens and parents, but everything serves to reinforce the message that bullying needs to be stopped.

Various labels/brands are seen, but since this is a documentary, none are product placement.