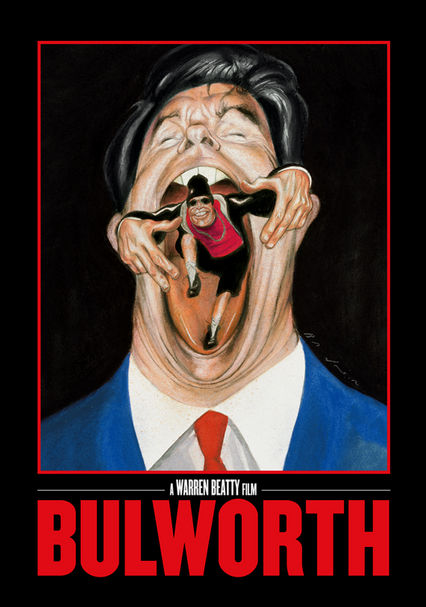 1998 R 1h 48m DVD
A senator weary of political scheming hires a hit man to end his misery. With nothing to lose, he adopts a policy of brutal honesty, which gains him respect among voters and prompts him to call off his assassination. But it might already be too late.

Parents need to know that this movie is all about satirizing and subverting the American political process, a complicated topic that most kids probably won't get. Also, Jay and Constance Bulworth are in a loveless marriage. Constance is having an affair that's made explicit by the fact that she's shown lying in bed naked (nothing provocative is shown) with her lover. Jay flirts with Nina and tells the audience that he can get lots of p---y because of his powerful role in the Senate. Jay swears a lot, talks about being suicidal, drinks, smokes pot, and plans to have himself killed. His staffers snort cocaine. Children are shown with guns and as drug dealers.

Bulworth's wife is shown in bed with her lover in a non-explicit love scene.

Extreme profanity, including almost every expletive you can think of.

A political satire, the movie attempts to show Bulworth making good on his political convictions and exposing political hypocrisy. At the same time the film includes some extreme stereotypes of urban culture.

KFC is mentioned by Bulworth and then you see him in his limo getting a bucket of chicken.

Bulworth drinks and drives and smokes pot, and his advisers snort cocaine.