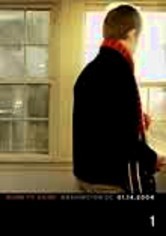 2005 NR 1h 0m DVD
The brainchild of Fugazi drummer Brendan Canty, this live rock show features several bands and musicians gathered together in Washington, D.C., in an empty house about to be demolished. Each act performs one song apiece. Features ex-Husker Du leader Bob Mould (who performs a solo acoustic version of Sugar's "Hoover Dam"), Fugazi's Ian Mackaye and The Evens, Q and Not U, Ted Leo and Weird War. Now that's bringing the house down in style!