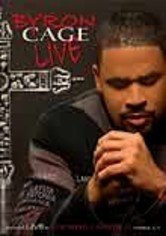 2003 NR 1h 2m DVD
Feel the anointing! Known as the "Prince of Praise," Byron Cage is captured live at Atlanta's New Birth Cathedral, where he was previously employed as their minister of music. Several rousing medleys are included on this disc, as well as touching stand-alone songs that reflect the powerful material -- and message -- that this worship leader administers to his flock on a daily basis.