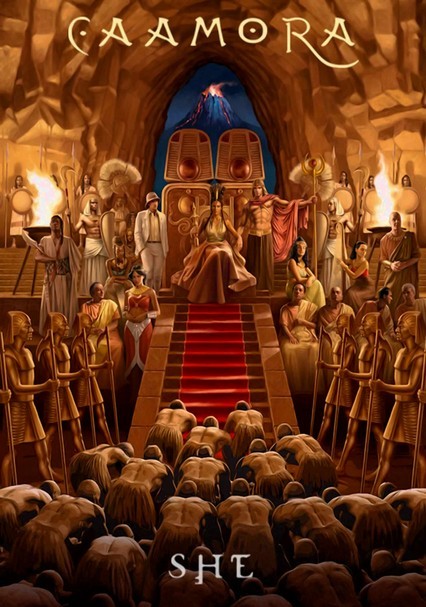 2008 NR 2h 40m DVD
Based on a novel by H. Rider Haggard, this rock opera tells of a professor's assistant who encounters a white queen in the African jungle. Believing him to be the reincarnation of her lost love, she traps him, demanding that he be purified in flames. Caamora, a British prog rock supergroup led by Clive Nolan and vocalist Agnieszka Swita, performs this lavish spectacle of mythic adventure and passion.