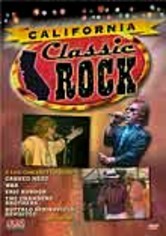 2005 NR 1h 0m DVD
You'll be California dreamin' as you watch 20,000 rock 'n' roll fans come together in sunny San Bernardino, Calif., for a historic, 1986 concert featuring the retro sounds of the 1960s. The gig -- which packs a plethora of smokin' oldies -- includes performances by former Animals frontman Eric Burdon, the Chambers Brothers, Buffalo Springfield, the Standells, Peter Noone, Canned Heat and other great artists of the era.