Call of the Yukon 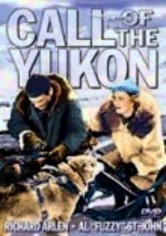 Call of the Yukon

1938 NR 0h 57m DVD
A female novelist who heads to the Yukon in search of material for a novel finds plenty of fertile territory in the forms of a near-mythical half-wolf/half-dog that terrorizes the locals and dangerous, breaking ice.