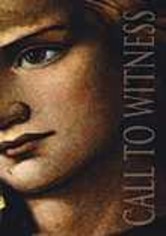 2000 NR 0h 58m DVD
Offering insight into the current struggles over sexuality within organized religion, Pam Walton's groundbreaking documentary tells the stories of three openly gay and lesbian Midwestern Lutheran pastors who have taken a stand against their own church. The film clearly and skillfully outlines the contradictions within a church that supposedly welcomes lesbians and gay men -- but at the same time condemns them.