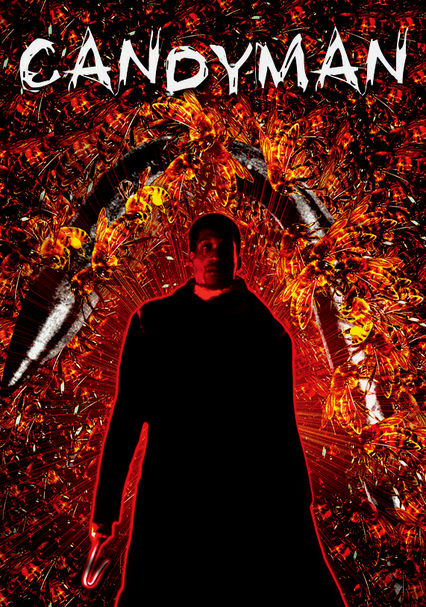 1992 R 1h 39m DVD
While researching urban myths, grad student Helen Lyle (Virginia Madsen) learns about the Candyman (Tony Todd), a hook-handed creature who's said to haunt a Chicago housing project. In this creepy film based on a Clive Barker story, the Candyman is made flesh by other people's belief in him. Not surprisingly, Lyle manages to summon him. Soon, the Candyman has committed a series of murders, and the cops are holding Lyle responsible.