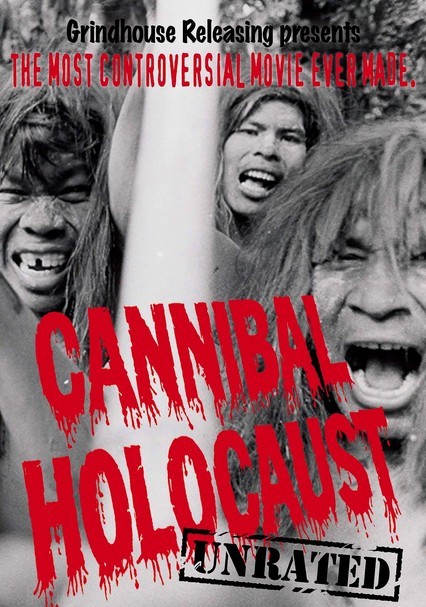 1980 UR 1h 36m DVD
Censored in several countries for its gratuitous violence, this controversial faux documentary from director Ruggero Deodato presents footage from a team of New York University filmmakers mysteriously lost in the Amazon jungle. The film, allegedly recovered by Professor Harold Moore, reveals the deplorable treatment of a tribe of suspected South American cannibals and, ultimately, the fate of the crew that initially set out to film the natives.