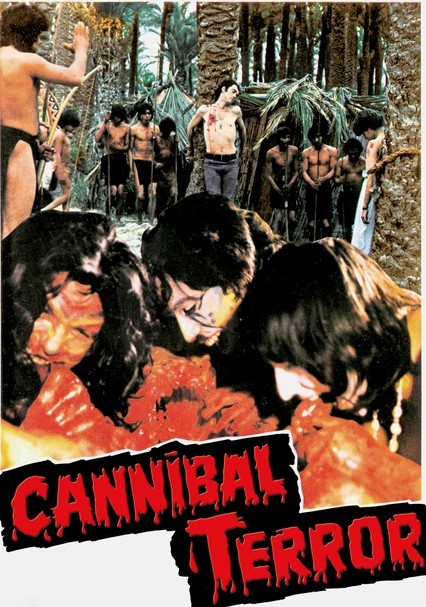 1981 NR 1h 29m DVD
Idiot thieves Mario and Roberto team with a voluptuous moll to kidnap the daughter of a wealthy businessman. While hiding in the jungle, the group becomes acquainted with the unfriendly locals: hordes of insatiable cannibals! What follows is an unseemly succession of horror, perversion, nudity and mind-bogglingly bad acting as the sideburn-sporting cannibals make mincemeat of our heroes in this infamous Spanish-French B movie.