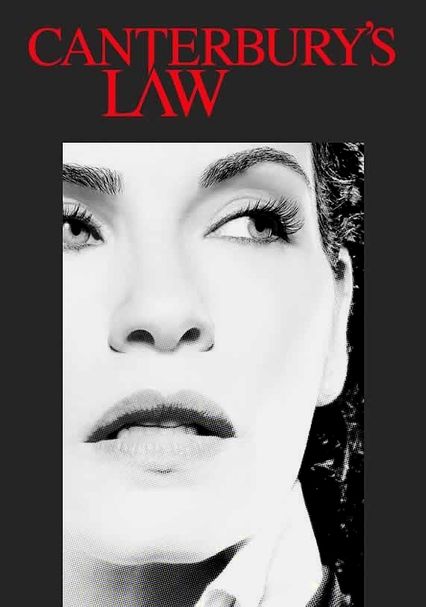 2008 NR 1 season
Julianna Margulies stars in this drama as spirited attorney Elizabeth Canterbury, a woman who balances her desire to help others seek justice with her own ongoing struggle to deal with her son's unsolved disappearance.

Julianna Margulies stars in this drama as spirited attorney Elizabeth Canterbury, a woman who balances her desire to help others seek justice with her own ongoing struggle to deal with her son's unsolved disappearance.

Parents need to know that this mature legal drama isn't intended for kids. The main character is a talented but flawed defense attorney who will do whatever it takes to defend her clients, even break the law. The show blurs the lines between right and wrong by presenting some of her iffy actions as being morally justified. She also engages in some self-destructive behavior -- like drinking heavily and having an affair -- in order to cope with the loss of her kidnapped son. There's lots of drinking and some strong language ("ass," "bitch"), as well as descriptions of sexual and violent behavior, including the murder of a child.

Strong sexual innuendo. Characters kiss/make out, and Canterbury is occasionally shown in bed with her lover. Canterbury purposely wears low necklines and short skirts to sway juries. Discussions of topics like teen sex.

Frequent discussions of violent behavior, including murder. Canterbury gets punched in the face, resulting in a split lip. Her son Sam was kidnapped and has never been found.

Canterbury engages in lots of self-destructive behavior to cope with her son's disappearance. She's committed to her clients, but her legal practices are sometimes unethical; the series often justifies these choices/actions as moral. Infidelity is a strong theme. The cast is primarily Caucasian; one principal character is African-American.