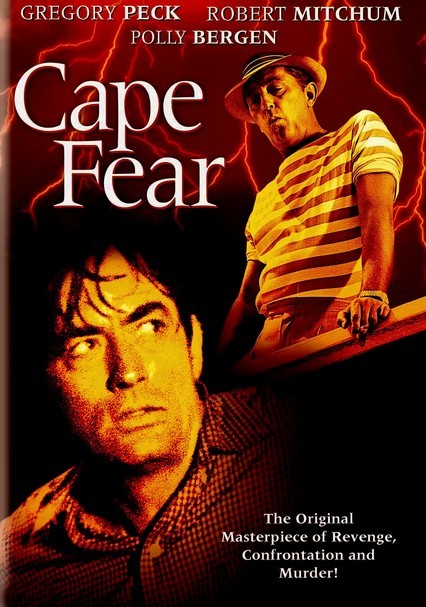 1962 NR 1h 46m DVD
Released on parole after eight years in stir for rape and assault, Max Cady (Robert Mitchum) is hell-bent on vengeance. He heads straight for Sam Bowden (Gregory Peck), the ex-prosecutor responsible for Cady's stint in the slammer. When Bowden learns that Cady's payback plan includes the lawyer's wife and daughter, he's forced to go to extraordinary lengths to protect his family as Cady carries out a methodical crusade of terror.