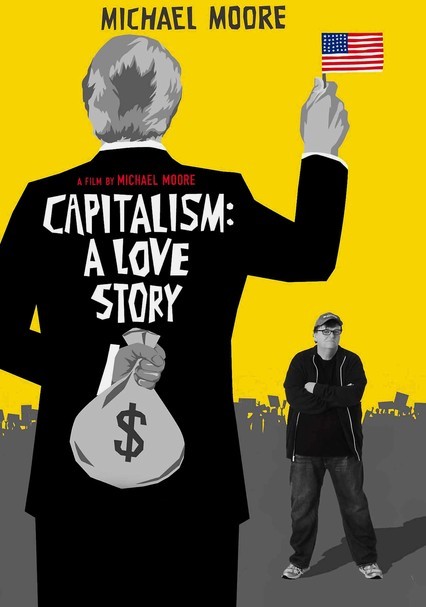 2009 R 2h 7m Blu-ray / DVD
Filmmaker Michael Moore (Sicko, Fahrenheit 9/11) takes on capitalism's roots, the floundering U.S. economy, and 2008's global financial meltdown and subsequent bank bailout in this rousing documentary. Combining stories about those who suffer most from Corporate America's greed and insatiable thirst for profits and the people most responsible for myriad crises, Moore embarks on another shocking fact-finding rampage.

Parents need to know that, like all of Michael Moore's documentaries, this film has a very definite point of view. Moore has come in for criticism about how he handles the juxtaposition of factual analysis and opinion. Viewers need to think about what is analysis and information and what is editorial opinion. The movie's R rating is for language (the worst of which is three uses of "f--k"); you can also expect frequent discussion of death, dying, and hard times. Many corporations are mentioned by name, usually in the context of calling out their misbehavior.

The film offers a clear, concise analysis of the current financial crisis that encourages discussion of the nature of capitalism and the question of how, or if, those in society who are better off can -- and should -- give to and support others.