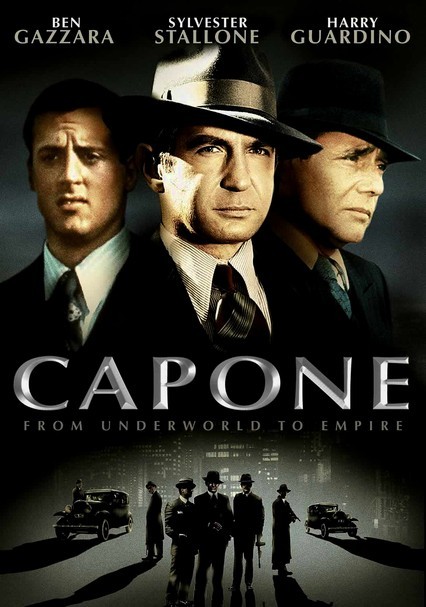 1975 R 1h 41m DVD
Prohibition-era mobster Al Capone (Ben Gazzara) rises from the streets of Brooklyn in this gritty biopic, learning his trade from gangland czar Frank Torrio (Harry Guardino) and then moving to Chicago, where he becomes the brutal king of the rackets. Capone maintains a ruthless grip on his criminal kingdom until dementia brought on by syphilis catches up with him. Sylvester Stallone also appears as notorious mob thug Frank Nitti.