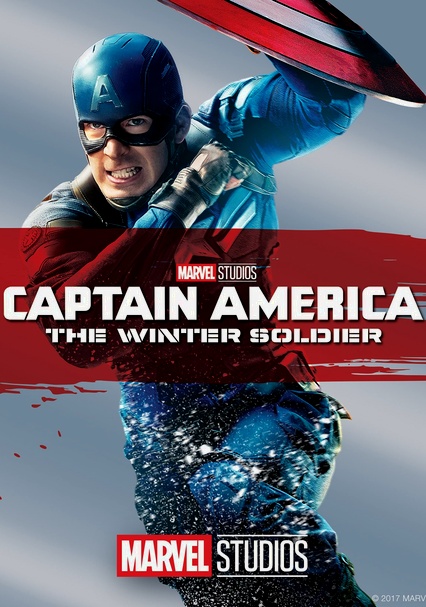 2014 PG-13 2h 16m Blu-ray / DVD
Extending the saga of Marvel's The Avengers, this superhero sequel finds Steve Rogers living quietly in Washington but growing increasingly restless. So when a deadly new foe surfaces, he transforms into Captain America and allies with Black Widow.

Parents need to know that Captain America: The Winter Soldier -- the second Captain America movie in the Avengers franchise -- is more violent than Cap's first outing. While it focuses more on character and on the themes of military paranoia, it still features heavy fantasy fighting, with shooting, punching, and wince-inducing hand-to-hand combat, as well as some blood and death. Sex isn't an issue, though there's some commentary about Cap's nonexistent dating life, and he shares a strategic kiss with Black Widow. Language is minor, but a few strong words can be somewhat heard during noisy battle sequences. Like the other superhero movies in this series, this one is marketed with toys, games, and other paraphernalia that younger kids might be clamoring for.

Cap and Black Widow kiss in order to avoid being detected by bad guys; later she realizes that it was probably his first kiss since his WWII days, and she teases him about it. She continually suggests women that he could be dating. Cap interacts with one pretty woman, but their flirting is interrupted before it goes anywhere. Cap also visits his former love, now an old lady in the hospital.

This movie has heavy, frequent fighting, punching, shooting, falling, and crashing, though it's all stylish fantasy with only a little blood. Cap and Black Widow tend to fight hand-to-hand more often than using weapons, though Cap bashes several bad guys with his shield. A showdown between Cap and the Winter Soldier is a fairly brutal hand-to-hand fight. There are lots of explosions and damaged property.

Very little language, but some uses of "s--t" often obscured by battle noise.

The movie continues the theme raised by The Avengers about stockpiling weapons and preemptive strikes, and attacking enemies first before they have a chance to attack. There's also an issue of trust, as it becomes clear that commanding officers are withholding information. However, for Captain America, it's simple: fear does not equal freedom. Captain America believes in telling the truth, and sticking by his friends.

There are several toys and products now associated with the "Avengers" and "Captain America" franchise.