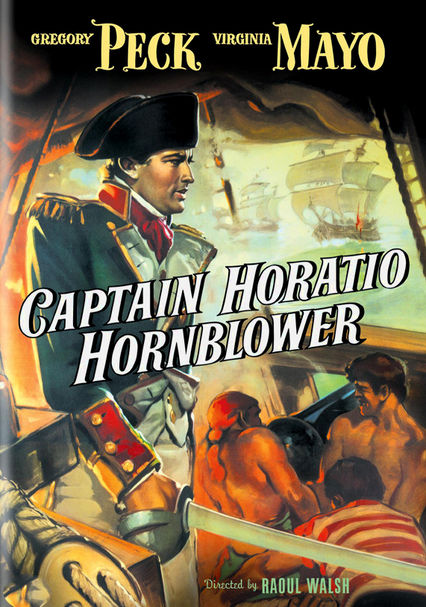 1951 NR 1h 57m DVD
Gregory Peck stars as Horatio Hornblower, the swashbuckling British naval captain of the &NFiHMS Lydia&NFi_;, as he navigates the waters around Latin America to thwart Napoleon's Spanish allies in this adaptation of C.S. Forester's novel. Amid sea battles and calculated face-offs with other warships, Hornblower tangles with supposed ally El Supremo (Alec Mango) and falls in love with the comely Lady Wellesley (Virginia Mayo) in this classic adventure film.