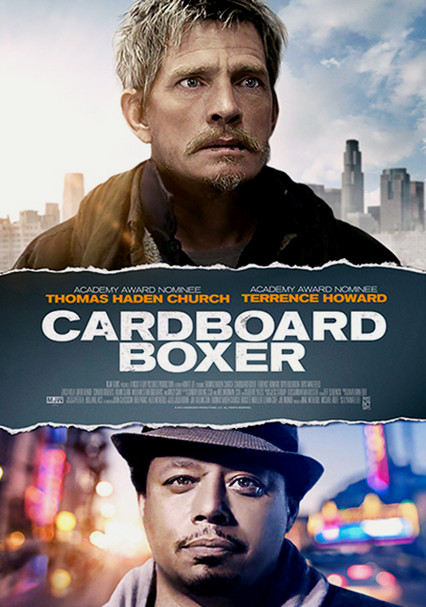 2016 NR 1h 28m Blu-ray / DVD
A heart-wrenching yet tender drama about a homeless man with a heart of gold, Willy, who struggles on the gritty streets of the skid row district of Downtown Los Angeles. Willy's better intentions are exploited by a privileged college kid who entices the homeless by offering money in exchange for savage street fighting. Willy is dubbed the "Cardboard Boxer" but when Willy refuses to fight a defenseless elderly man, the thing that matters the most to him is taken away and destroyed.