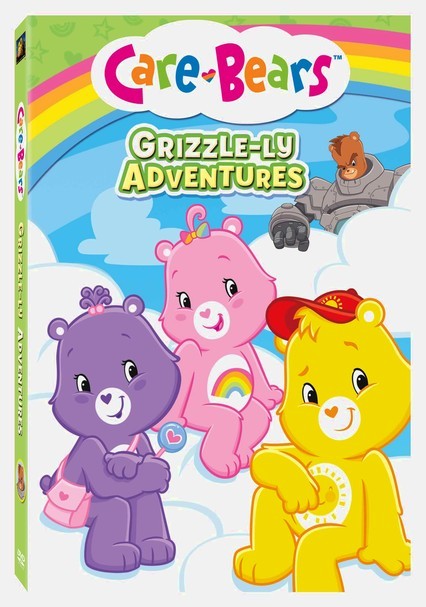 2007 NR 0h 45m DVD
The cuddly bears who live in the clouds of the city of Care-A-Lot continue their good deeds in these two episodes of the popular kids' television series. When a child needs help, the bears ride their cloud mobiles down to earth to lend a paw. As usual, the friendly buddies are adhering to their sworn motto of "Caring and Sharing" as they make the world a better place in "Broken" and "Emma's Dilemma."

Parents need to know that this DVD -- which is broken into two episodes -- is appealing to the usual audience for the TV show (ages 4 to 7). But the Grizzle character (think of a Teddy Ruxpin head on a Transformer) and his evil-doer antics -- including kidnapping and threatening to the bears to "crush their specialness" -- could give kids a scare. Also, a robot character turns bad, threatens the bears, and uses his saw hands to wreck a whole park. Emma, a character in the second story, is a positive can-do Latina character ... but unfortunately she looks more like one of the sexualized Bratz girls than Dora.

Emma, the human character in the second story, looks like one of the sexualized Bratz dolls.

The bad robot-bear, Grizzle, threatens the Care Bears a lot. He also kidnaps them, ties them up, puts them in cages, picks them up with a claw machine, and puts them in another machine to figure out why they're so special -- so he can "crush their specialness." Their robot friend Wingnut keeps falling apart, and when Grizzle turns him bad, he uses his saw hands to destroy a park.

Grizzle says once "this really burns my fur," and that's about as bad as it gets.

Share Bear sings a song and learns a lesson about sharing. Grizzle, who steals and plots against the Care Bears, is still a baddie at the end. Emma is a positive Latina character even though she looks like a Bratz doll, while Amigo Bear seems stereotypically placed as the bear who pushes the ice cream cart.

The Bears are also toys for sale, plus the DVD comes with a large insert with much more to buy.