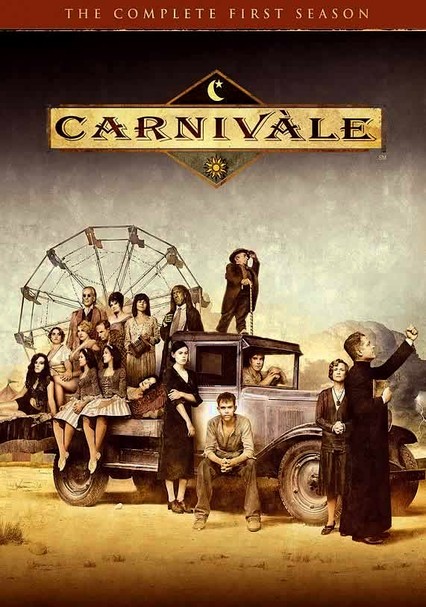 2003 TV-MA 2 seasons
Oddly out of the ordinary, this HBO drama shines a mesmerizing light on carnival life in 1930s Oklahoma, where short-statured manager Samson and his carnies welcome new recruits into their midst while supernatural forces portend a mythic battle.

In this supernatural HBO drama, creator Daniel Knauf paints a bizarre but ultimately compelling world of nomads and entertainers at a traveling carnival, all of whom must struggle to survive in the tough economic times of the 1930s. Led by manager Samson (Michael J. Anderson), the troupe includes reluctant carnie Ben Hawkins (Nick Stahl), fortune-teller Sophie (Clea DuVall) and reckless drunk Professor Lodz (Patrick Bauchau).

Daniel Knauf's rivetingly creepy series continues to document the adventures of a motley crew of carnies who've made the Oklahoma Dustbowl their home in the 1930s. This season, Ben Hawkins (Nick Stahl) faces up to the fact that he may have been bestowed supernatural powers by a force he doesn't quite recognize. But that's not all that's happening in this strange town where the strange trumps the ordinary and wickedness permeates every event.