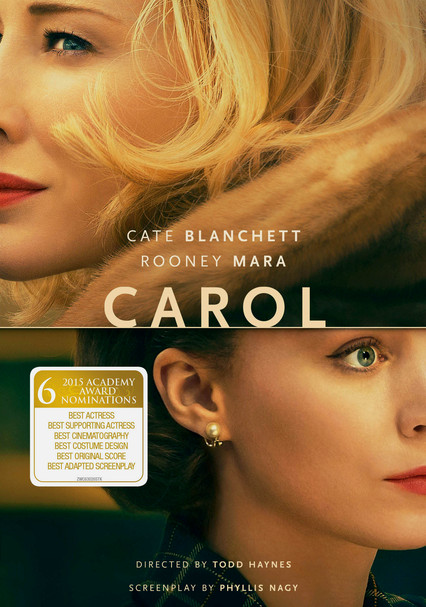 Parents need to know that Carol is a deeply affecting 1950s-set drama starring Cate Blanchett and Rooney Mara about love, identity, friendship, sexuality, and marriage that explores mature themes. Expect lots of period-accurate smoking and some social drinking in this story that explores the risks -- and rewards -- of being true to who you really are. The two stars are shown making love in a non-gratuitous scene; there's some nudity, mainly breasts. Language is mild.

A couple has sex in a tastefully filmed, non-gratuitous scene; breasts are shown.

A husband screams at and manhandles his wife during an argument. A private investigator spies on two women and is menacing in his approach to his job.

Being true to yourself may not be the easiest path, but it's the only way to inner peace and true happiness.