Caroline in the City 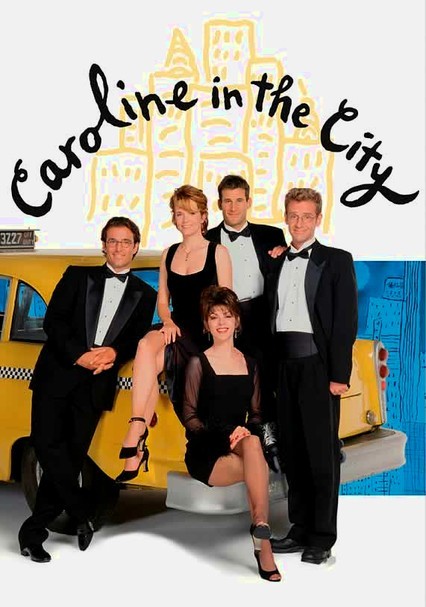 Caroline in the City

1995 NR 2 seasons
This delightful sitcom stars Lea Thompson as Caroline Duffy, whose successful comic strip, "Caroline in the City," draws upon her own misadventures as a single woman seeking romance, professional acclaim and financial independence in Manhattan. Although Caroline is often obsessed with her on-again, off-again boyfriend, Del (Eric Lutes), it's her devoted colorist, Richard (Malcolm Gets), who really hopes to make all her romantic dreams come true.

Lea Thompson stars in this charming sitcom as Manhattanite Caroline Duffy, an up-and-coming cartoonist who infuses her popular comic strip with aspects of her own chaotic private life. Despite her on-again, off-again relationship with sometime boyfriend Del (Eric Lutes), Caroline continues to look for a real romance, never realizing that her colorist, Richard (Malcolm Gets), is madly in love with her.

Lea Thompson returns for a sophomore season of this popular 1990s sitcom, starring as Caroline Duffy, a Manhattan-based cartoonist with a messy personal life and wacky friends, including sometimes boyfriend Del (Eric Lutes) and her adoring colorist, Richard (Malcolm Gets). In highlights from this season, Caroline's cat, Salty, has a calamitous bout with a pet therapist, and Del and Charlie get trapped in a snow-covered car.